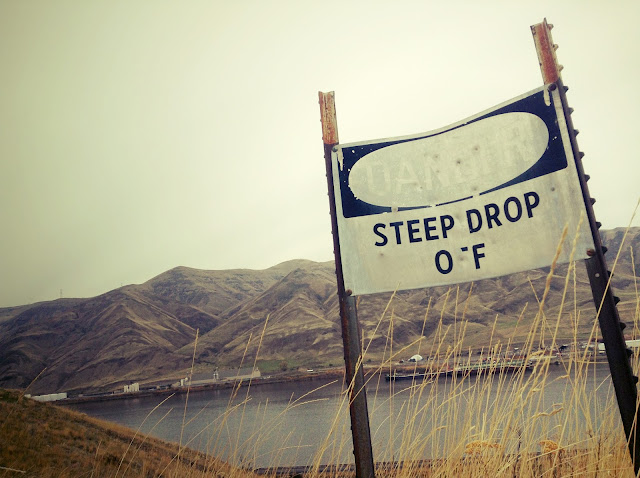 I was trying to wish my friend a "happy Resurrection Sunday" back a couple months ago. Autocorrect had other ideas. I glanced down at my message and read "redirection" in place of resurrection. I quickly fixed it, then sent off the message. Then it struck me: though autocorrect had not selected the word I was intending, the idea was still good. The resurrection is a redirection, or at least it ought to be.

Romans 6:4 says, "We were buried therefore with him by baptism into death, in order that, just as Christ was raised from the dead by the glory of the Father, we too might walk in newness of life."

When we take communion at church we are told to "Let a person examine himself, then, and so eat of the bread and drink of the cup." (1 Corinthians 11:28) In doing this, we stop and look at our lives and compare  how our daily living measures up to the standards set forth in scripture. Are we teetering on the edge of a dropoff in our spiritual life? Are we starting to stray from where we know the Lord would like us to be?

In self-examination, we are redirected from the anger, bitterness, and wrong paths we take and positioned to look back at Christ, His sacrifice for us, and His example.

Let's celebrate the redirection of the resurrection, and check our courses too.
Posted by Sarah at 6:00 AM No comments:

Friendship is Messy, But This Will Help. 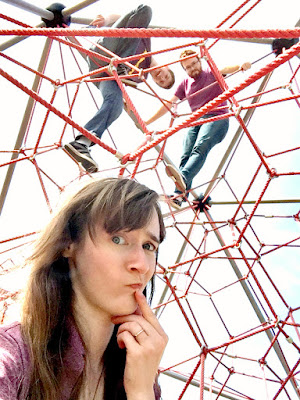 You know what's hard about having close friends? They'll see your flaws. The longer you're friends, the more you begin to notice the dark hidden corners of each other that casual acquaintances never have the occasion to see. They'll get frustrated at you and you will get frustrated at them. You'll misread and misunderstand each other. You might hurt each other's feelings now and then, or fail to show them how much you care. Close friendships are messy.

1 Peter 4:8 says, "Above all, keep loving one another earnestly, since love covers a multitude of sins."

That is the key. Keep loving, keep forgiving, keep being patient. Again and again. Never stop. Fallen humanity cannot have perfect friendships, but by God's grace, we can keep coming back and sharing love that is bigger than our faults, like what Christ shows to us.


Thank you, Lord, for your patience with me, for giving me such wonderful people to be patient with, and for letting them be patient with me too. Amen.
Posted by Sarah at 6:00 AM No comments:

We Are Not the Pinnacle of Creation 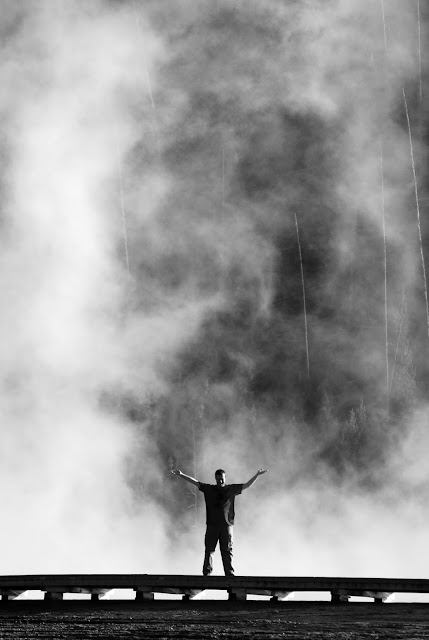 This week I was faced with an idea that completely changed my perspective on the account of God's creation: mankind is not the pinnacle of it all.

I've continuously read and heard people say how God "saved the best for last" and created humans on day six. We were made in His image and are the crowning glory of His creation. That statement isn't entirely wrong- we are uniquely crafted in His image and were the last visible thing to be created. Day six, however, is not the end.

I've often read through the creation account, thinking of the grandeur of it all. Everything about the universe, the earth, the continents, the animals, and then us. All of it spoke into being by God. Wow! Oh, and yeah, then on the seventh day God rested. That last part always felt like a bit of an anticlimax to me, a tidbit tacked on at the end of this amazing piece of history. If nothing else, it was good reminder that after a long week at work, I am entitled to a break, too. I always read it as if God's work ended on the evening of the sixth day. It didn't.

The seventh day dawned, and then God finished his work. It was not declared done on the sixth day because He had one last thing to do: He created the seventh day, which He set apart as holy. He was satisfied in His work and rested. The culmination of the entire creation account does not end with us. It ends with God being satisfied in what He has done and resting in nothing but Himself. The pinnacle of creation is not us coming into being, but His rest.

It makes so much sense. Isn't that what we as Christians are always striving towards? The end when we can finally and fully rest in Him in heaven? It never boils down to us in the end. It always has been Him, and it always will be about Him.

"And God saw everything that he had made, and behold, it was very good. And there was evening and there was morning, the sixth day.

We've Been Lied To. 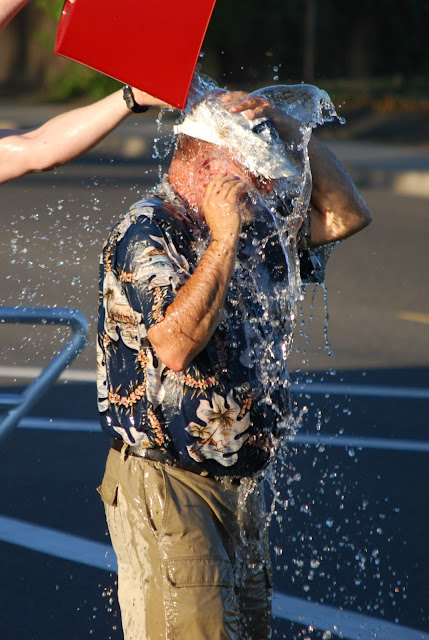 We live in a time when it feels like every possibility is at our fingertips. Disney tells us if we can dream it, we can achieve it. The job culture tells us if we buckle down and learn, work hard, and make the right friends we can be successful. Popular authors and pep talk speakers tell us that we can change the world. Positive thinking gurus tell us if we just block out negative thoughts and attitudes, all will go right in our lives.

In short: there is always something that you can do to change your situation for the better.

Now, forgive me for sounding all "bah, humbug!" for a second, but I disagree.

While in a lot of situations we do have the ability to influence the outcome, we don't have quite as much power as we've been taught to believe.

We can't force the weather to be perfect for that outdoor wedding. We can't obliterate chronic illness. We can't help it when the company suddenly can't afford half their staff and must lay people off. We can't stop the drunk driver who hits us out of nowhere. Heck, we can't even fully control if our night of sleep is any good.

I know there are a lot of things we are capable influencing, but I also know that there are a lot of things that are completely out of our control, no matter how far ahead we plan and how hard we try. Sometimes, literally the only thing we can do is pray. That's hard. It hurts to know I can't always help what's going on. It's difficult sometimes to accept that we lack any power and then surrender the situation to God. It's hard to realize that sometimes God's plans and timing don't line up with our ideals.


It is difficult to follow Philippians 4:6-7, which tells us "Do not be anxious about anything, but in everything by prayer and supplication with thanksgiving let your requests be made known to God. And the peace of God, which surpasses all understanding, will guard your hearts and your minds in Christ Jesus." 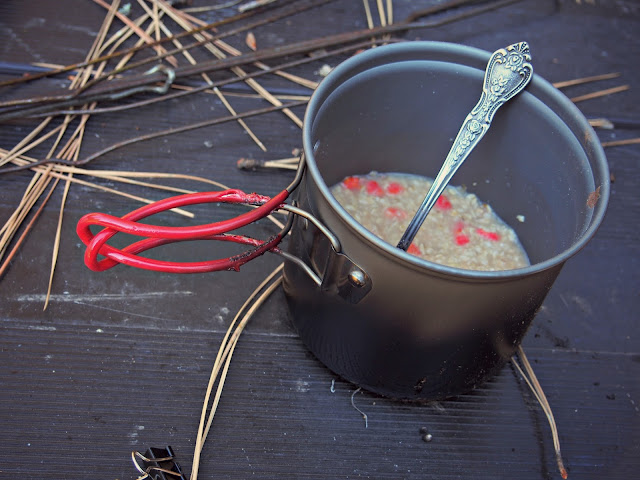 For the longest time, I had been obsessed with lists. Every single weekend I would write down all the things I needed to get done, including a long string of projects that I had in mind to do in the future, just in case I had time to work on anything related to them. The list was as big as my forearm, and at the end of my two days off, I would mentally berate myself for not having accomplished much. Hey, we are called to be good stewards of our time. I rationalized.

As time went on, I became more worn out and more stressed. Then I stumbled upon a piece of writing having to do with the Lord's prayer. It pointed out the part that says "give us each day our daily bread", expounding on the fact that it says daily. Not meals for a year, a month, or even a week. But simply sustenance for a day. Whether that means a meager serving of oatmeal or an extravagant feast, who can know- but we will be provided for.

Planning ahead can be important and useful, sure. But when it comes to our day-to-day life, one day's worth of provisions will carry us through to the next day, and then the next day's provisions will carry us to the one after that, and so on. We don't need to worry about accomplishing a million little things that are unnecessary for today. God will give us the strength and time necessary to do exactly what He intends us to do today, however much or little that is.

Our job is to do what He equips us for with diligence, and trust Him when He allows distractions or down periods to hit. We can make all the lists we want, but in the end, He is sovereign over each day.

“Father, hallowed be your name.
Your kingdom come.
3 Give us each day our daily bread,
4 and forgive us our sins,
for we ourselves forgive everyone who is indebted to us.
And lead us not into temptation.”