How to Survive being a Manager 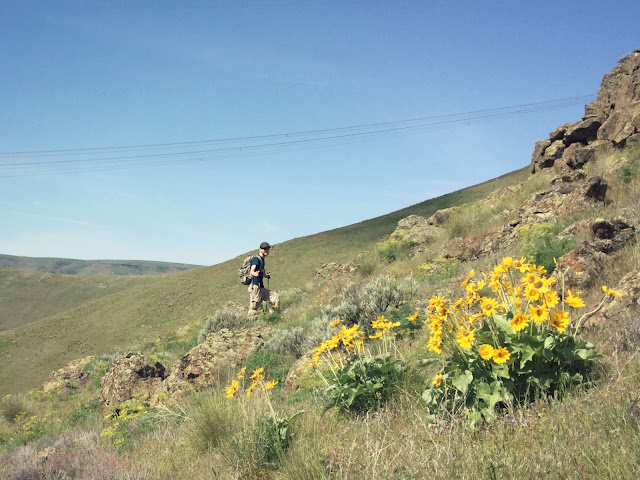 Tip: Get angles that allow the viewer to see the true depth of the landscape. Notice how you can see four separate ridges in this photo?

Recently I was cast into the position of being a department head at the county fair. Without any real training as to what exactly a manager does, it proved to be quite an adjustment for me, being someone who is used to living on the bottom rung of the working world. Very few instances before had I been the one in charge of scoping out the path ahead of time and deciding and directing people how to proceed.

For how managers are often cast in movies and comics, it appears that it would be a position that instills great pride in the one holding it. For me, it proved the opposite. I'm the sort of person who has always lived with the attitude of "if you want it done right, do it yourself" - but when you're manager of a large project, you cannot continue on that way. Part of being a manager is being humble enough to admit that you need the help of a team to get the task done.

Another big part of being a manager is well summed up in the Golden Rule:  “So whatever you wish that others would do to you, do also to them." (Matthew 7:12a)

Be the person that you wish you had to guide and instruct you. Take note of how Jesus treated his disciples and taught people; ask yourself if this is how you are acting toward those who you are in charge of.
Posted by Sarah at 6:00 AM No comments:

A Time to Weep/A Time to Laugh 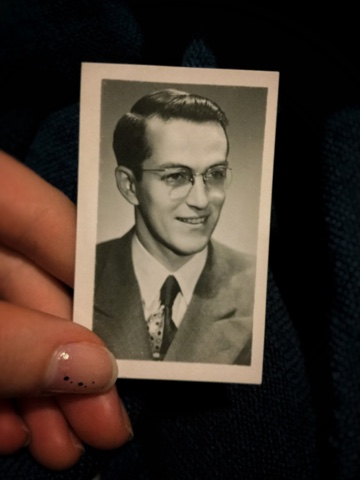 Tip: Label old photographs whenever possible. The back of this one says "Rev. Cordell Baker".


At the time of my writing this (10:15, April 21, 2016), I sit outside on a spring night under a full moon, listening to distant cars, crickets, and Canadian geese while I process life and death. Early this morning, my grandpa died. It's hard to know just how to take it or exactly how to act about it all.

I am happy for him; he is a Christian and went on to be with our Lord and is now out of the pain and misery he experienced over his last few months. I am sad for my family and for myself; he was a great man who we will all miss so very much. I want to laugh; mostly because if I don't, I know I will cry. I will probably seem too jovial to everyone else, but I feel so much better when I can find something funny amidst the shards of pain (if anyone ever sees me cracking jokes to people at a funeral, please forgive me- I mean no disrespect). In contrast, however, it's good to remember that tears are ok too; after all, even Jesus wept when his friend Lazarus died (John 11:35) - and that's coming from someone who could raise people from the dead!
"To every thing there is a season, and a time to every purpose under the heaven: A time to be born, and a time to die; a time to plant, and a time to pluck up that which is planted; A time to kill, and a time to heal; a time to break down, and a time to build up; A time to weep, and a time to laugh; a time to mourn, and a time to dance" 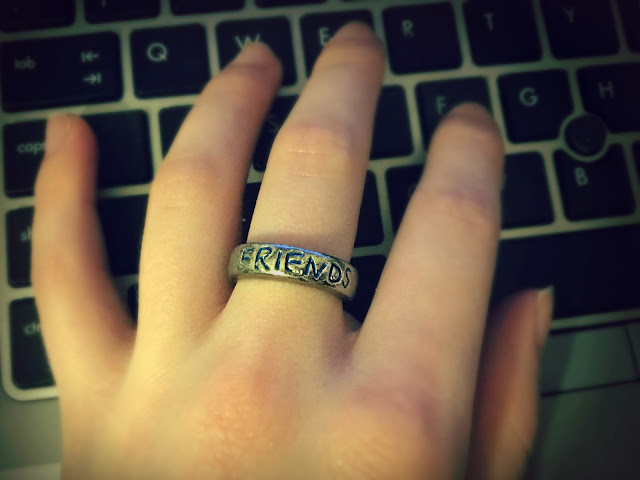 Tip: For an interesting challenge, come up with a thing or concept that is not commonly photographed. For me, this was "online friends". Expand your creative thinking!

Over the past several months I've had the pleasure of being part of an online chat group of Christian young adults. As anyone could expect, we've had a lot of crazy times, but we also have shared a ton of very beneficial and meaningful times. One of the most striking things about these people is how well I see the meaning of Christian unity reflected among them.

We're all from different backgrounds, different churches, and have varying beliefs on certain issues. As a result, debates spring up among us from time to time - sometimes, rather heated ones. Yet, somehow, at the end of it all, everyone is still friends. With Christ as the common ground and everyone striving to act in love and obedience to Him, respect and forgiveness toward each other becomes a reflex.

Could this type of community fellowship become more widespread? It's your call. You can choose to make the first move; be a careful judge of what things are worth fighting over, and always be ready to be the quickest one to forgive. 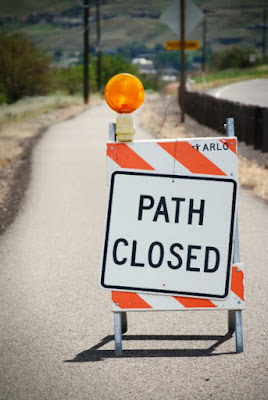 Tip: Add interest to your shots with a shallow depth of field.


A friend recently showed me an article in which an autistic man volunteered to be part of an experiment to see if electrical stimulation to a specific part of the brain would enable him to better sense and read emotions (which is a task many with autism struggle with). The man had always dreamed of having this ability; he looked at it almost as if it were a superpower. Being able to understand people's emotions would enhance his social life so much! As it turned out, the experiment worked, but his new found ability turned out to be more overwhelming than he ever would have dreamed. It took him 5 years to regain stability in his life, and along the way his marriage crumbled due to the the extreme alteration of his personality.

While the scientific world may be admired for it's ingenuity, their developing ability to fundamentally change who and what people are is becoming rather alarming. Not only that, but in some instances it is like a slap in the face to God- His creation saying "You messed up, now let me show you how you should have made me!"

Let us remember that God made each of us the way we are for specific reasons; there are no "oops" moments when He puts us together.

For you formed my inward parts;you knitted me together in my mother's womb.14 I praise you, for I am fearfully and wonderfully made.Wonderful are your works;my soul knows it very well.15 My frame was not hidden from you,when I was being made in secret,intricately woven in the depths of the earth.16 Your eyes saw my unformed substance;in your book were written, every one of them,
the days that were formed for me,when as yet there was none of them. 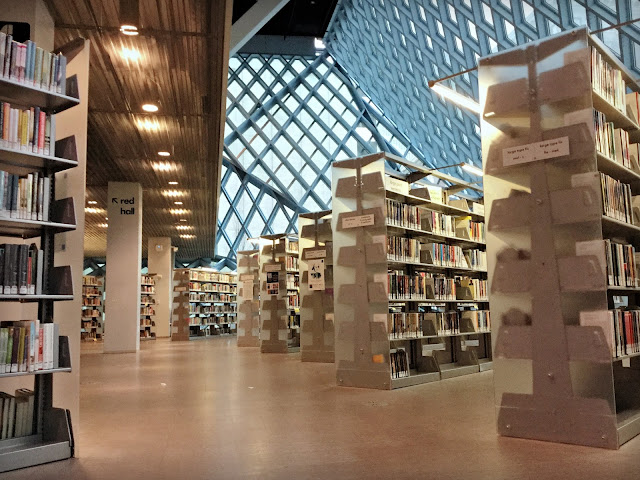 Tip: play with low angles to make large things appear as grand as they feel in person.

This photo excites me quite a lot. Many of you might think "oh, big deal. It's just a library." - and in that you are correct. For me, however, this particular photo in the Seattle Public Library symbolizes more than that.

In my previous post, I told the story of how my friend and I lost her car in downtown Seattle; this is part of that tale. Halfway through our two hours of desperate searching for the car, we ended up on the sidewalk in front of this building. Being the book nerd that I am, the local librarians have always told me how much I would enjoy this place, but I'd never before had the time or opportunity to go inside. But, here it was, right in front of me. My travel mate and I were exhausted and ready to be off of our feet, so I suggested that we go inside for a break. In the end, exploring this massive 11-story library ended up being one of the highlights of the trip for me. To think, it happened solely because things didn't go according to our plan!

Sometimes that is just how God chooses to work. We may have our plans all laid out, but He has other things in mind for us. It might seem frustrating for a good long while, but in the end, His people will gladly find themselves glorifying Him.