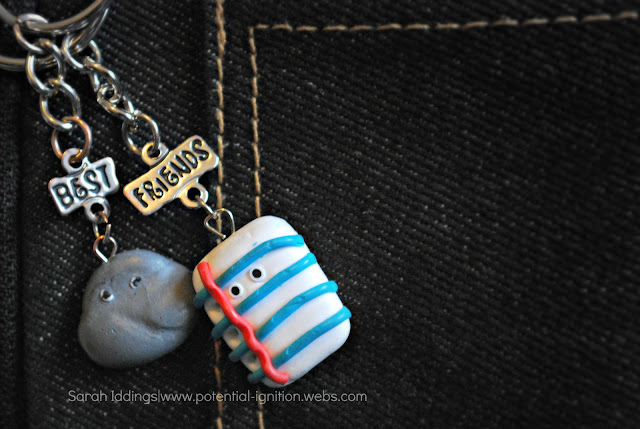 Tip: Don't just settle for indoor light if you don't have to. If it's daylight and you have access to a window, open up the shades and get some natural light in! Helps avoid that yellowy hue in your shot.

Friends- wonderful blessings indeed! There for us to celebrate the good, to help us through the bad, and everything in between. Like rock and paper, one can easily get carried away with any little breeze of obsession or feeling; it's great to have a friend who acts as a rock to help keep us held down from going crazy and being swept away.


Another great thing about friends is that they can cause us to see ourselves and the world around us in a whole new way. As long as you are careful to keep good friends, you can really learn a lot! Often we seem to have a problem though: there are so many means of entertainment these days, that we really don't think about trying to have meaningful conversations and to learn from one another.

Having a truly meaningful conversation with a friend (in most cases) is something that must be struck up intentionally. Some times one can have a great conversation by chance, but often it doesn't just come up out of nowhere. You have to ask the right questions. I am very thankful to have all my friends, but particularly thankful for the few that will suddenly pop out theological topics in conversation. Thanks to them, I have had the pleasure of talking of and contemplating things that I maybe otherwise wouldn't have.

"As iron sharpens iron, so one man sharpens another"
- Proverbs 27:17


Like in the above verse, we need to make a conscious effort to talk about things that will 'sharpen' our friends. Things that will make them think, give them strength, and most importantly, things that will help them become closer with God!
Posted by Sarah at 9:07 PM No comments: 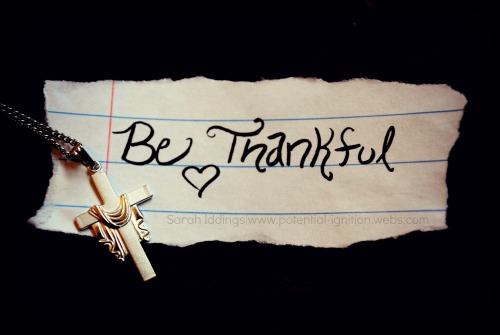 I know, this is pretty cliche- a post about being thankful just before Thanksgiving. What can I say? I couldn't resist. Might as well go with the seasons, right? But honestly, I might have written about thankfulness anyways, even if the holiday wasn't this coming Thursday, because I heard a very interesting point concerning the topic recently.

Everyone is thankful in their lives. This time of year especially. But the thing I am here to point out is this: When you are thankful, who are you thankful to? It is just in our nature to always have some one or something to give credit to. Why is this? Because we were made with the life purpose of glorifying God. We have Him to thank for everything; so, do we act accordingly?

"Rejoice always, pray continually, give thanks in all circumstances; for this is God’s will for you in Christ Jesus." - 1 Thessalonians 5:16-18
Posted by Sarah at 10:05 PM No comments: 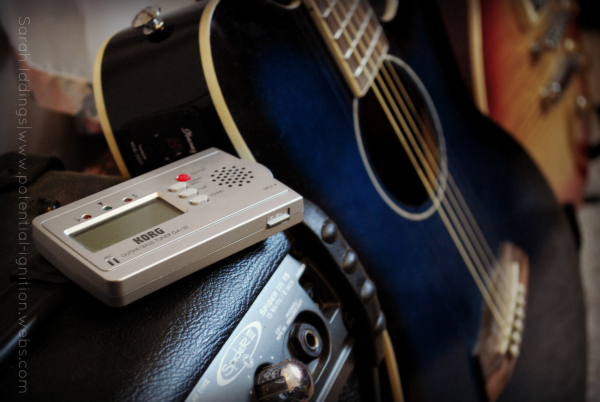 Camera: Nikon D60
Aperture - f/5.3
Exposure- 1/10
ISO- 1600
Lens- 44mm
No Flash.
Along with photography, I have a lot of other hobbies. One of which, is playing guitar. Sadly, since I usually have so much going on, I don't manage to find much time to practice, and therefore have not been able to get very good. So, while many folks who've played guitar for 5 years are able to tune them by ear, I still remain reliant upon my little electronic tuner.

While I may not be able to get my guitars back in tune without help, I can however, tell from strumming a couple of chords if they are out of tune. A similar (but much bigger) situation seems to often arise within people's minds, concerning the world in which we live. I think just about all of you could agree that society has a problem. You can watch, and listen, and you just KNOW things are not right- but why?

How come we are so sure of this fact? If everything is relative, as many like to say, why is it so readily agreed upon that there is a lot of evil in this world- and what defines evil? How did we get the idea of morals that civil societies uphold- like that it is wrong to lie, steal, murder, ect.? Even people who commit crimes often end up with a nagging conscience- what's up with that?

Like the musical absolutes that are programmed into my guitar tuner, there are moral absolutes programmed into us by God. "Indeed, when Gentiles, who do not have the law, do by nature things required by the law, they are a law for themselves, even though they do not have the law. They show that the requirements of the law are written on their hearts, their consciences also bearing witness, and their thoughts sometimes accusing them and at other times even defending them." - Romans 2:14-15

Hotter Than A Pan Of Burnt Popcorn 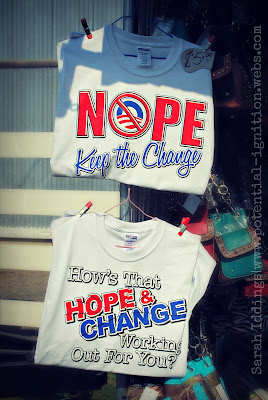 Camera: Nikon D60
Aperture - f/10
Exposure- 1/400
ISO- 100
Lens- 38mm
No Flash.
Oh, it's nearly here- Election Day 2012 is on Tuesday the 6th! This whole election has been hotter than a pan of burning popcorn. I have never heard so much talk of politics, nor heard so much derogatory speech aimed towards two individuals, as I have in the past year. Do you recall ever seeing a whole entourage of clothing bashing past presidents? Perhaps I only notice this stuff more now that I am old enough to vote, but I just do not recall seeing much of the type of thing pictured above in reference to presidents gone by.

As the candidates have verbally dueled it out these past few months, I have began to notice that nobody seems to have any sense of respect anymore. I will not hesitate to say that I do not like a lot of what's gone on over the past 4 years, but that man in the White House is still our top governing authority, and as such, should receive the respect due to the office he holds. On top of that, he is human, and therefore like all other humans, created in the image of God (Genesis 1:26-"So God created mankind in his own image, in the image of God he created them; male and female he created them.").
When the votes are in on Tuesday, no matter who wins, just remember this:
"Let everyone be subject to the governing authorities, for there is no authority except that which God has established. The authorities that exist have been established by God. Consequently, whoever rebels against the authority is rebelling against what God has instituted, and those who do so will bring judgment on themselves." - Romans 13:1-2
Posted by Sarah at 4:22 PM No comments: