What is your captor? 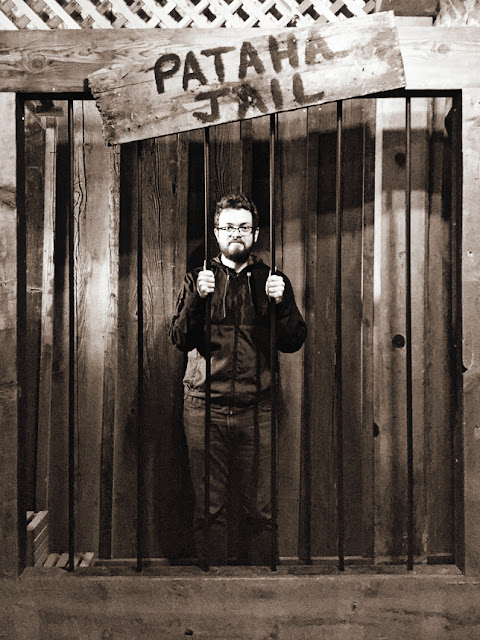 And the people of Israel did what was evil in the sight of the Lord. They forgot the Lord their God and served the Baals and the Asheroth. Therefore the anger of the Lord was kindled against Israel, and he sold them into the hand of Cushan-rishathaim king of Mesopotamia. And the people of Israel served Cushan-rishathaim eight years. - Judges 3:7-8

While forced labor isn't as common in the world now as it was in those days, the principal of this passage still holds true today: when we take our eyes off of God and stray from His ways, we will find ourselves in captivity. Likely not physical captivity, but often times we can fall prey to emotional or psychological captivity. Or, perhaps we may find ourselves in captivity to addictions of varying sorts, whether it be something as bad as drugs or alcohol or something innocent looking as online video streaming or social media.

Are you looking to God for comfort and direction, or are you on a mission to drown your sorrows and life complications with the random things that suit your fancy in the short-term?
Posted by Sarah at 6:00 AM No comments:

Will you take what's yours? 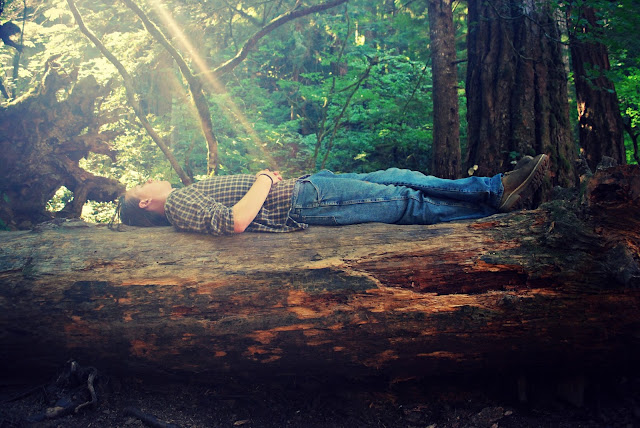 “So Joshua said to the people of Israel, “How long will you put off going in to take possession of the land, which the Lord, the God of your fathers, has given you?“ - Joshua 18:3

I was surprised upon reading this passage. After all of the years the Israelites had spent getting to and then waiting for the promised land, knowing full well that it was their inheritance given to them by God, when they finally got to the edge of it, some of the tribes just sat. Over the prior few chapters of Joshua, these tribes had seen God give their relatives victory in battle as they took their shares of land, so they had no reason to fear opposition. They knew God had promised the land would be good, so there could be no doubt about how well the land would suit them. In fact, Joshua 18 gives no reason why these remaining tribes put off taking their land at all. It simply states that they didn’t move toward what was theirs until they were pretty much ordered to.

Why would you sit and stare at a good thing that has been promised to you, but not take it when the opportunity is right there?

As I contemplated this fact, I realized we do the exact same thing today. Not with land, of course, but with God Himself. In the new covenant, God is our portion. To all those who come, He has promised eternal life and reconciliation and communion with Himself. Yet, we sit. Even those of us who have come to the Lord often put off spending time learning about and communing with Him. Some things about humanity just don’t change, eh?

Are you going to come and enjoy that which God has promised to you? Or are you going to sit around until circumstances force you to pursue what you’ve been promised?
Posted by Sarah at 10:12 AM No comments:

Are you casting away the messenger? 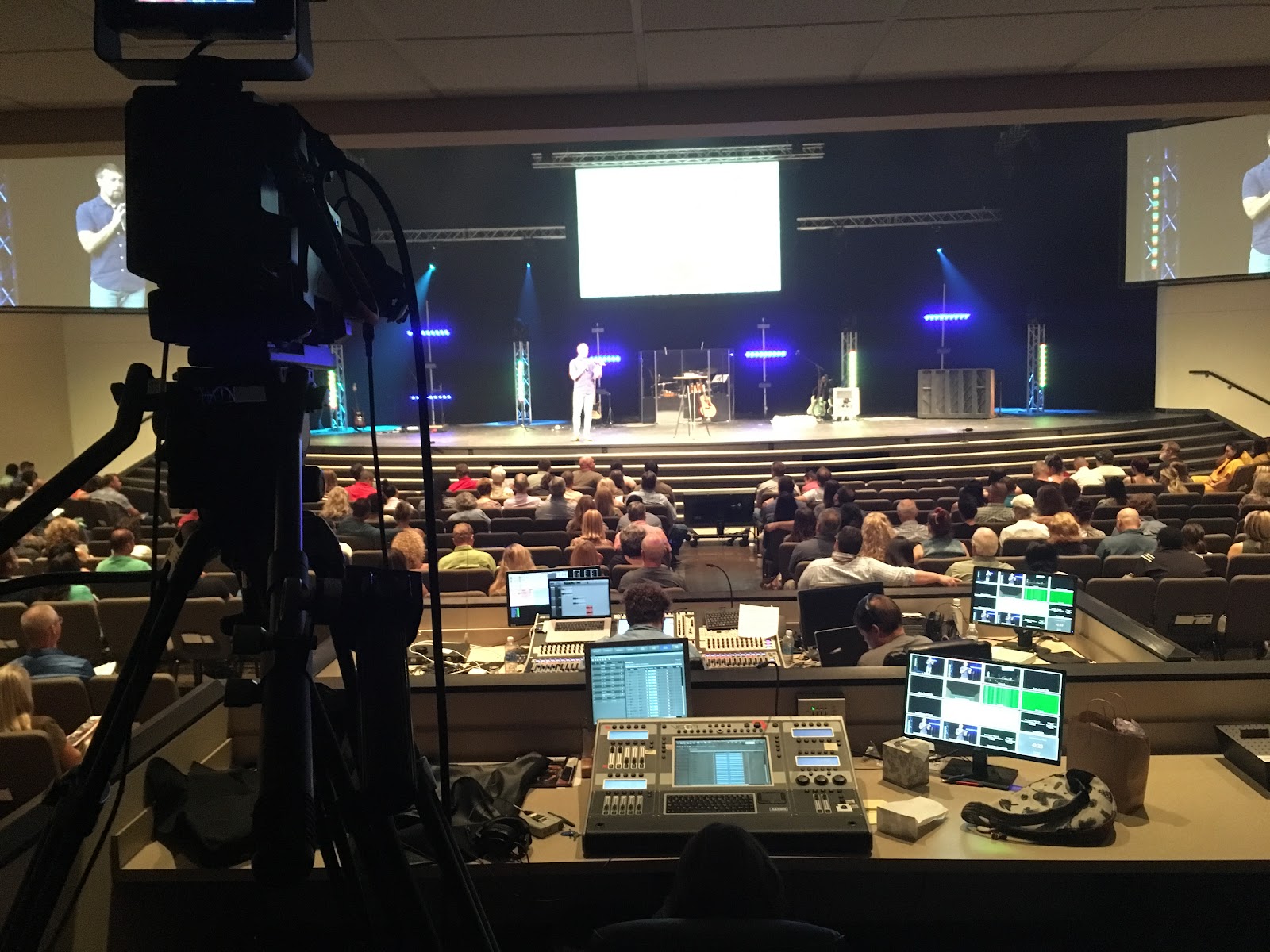 This was my view at church on Sunday. Currently I am staying in the Nashville area with a good friend of mine, who happens to be part of the video crew. Coming from a basic no-frills church of about 30-40 people (including kids and babies) to a massive church of 1,500 was a bit of a culture shock at first. I feel like a lot of small-church people tend to judge those from the larger groups, making the whole lot out to be somewhat superficial. Sure, they have a lot more lights and flair. Due to size, people do tend to get divided up more so than smaller congregations. They have a much bigger music program, and projectors instead of hymnals. But you know what? We share the same Bible. We share the same God. As long as the church is faithfully teaching exactly what the Bible says, people can learn and grow in Him just as well in a large setting as others can in a small one.

It’s easy to judge in a split second based on appearances, but let’s slow down. When you encounter something new and different, take some time to listen and observe. Don’t be like the Pharisees, who cast Jesus away because He didn’t fit their preconceived notions of what seemed right. Check the message for truth before disregarding the messenger.

When He left there, the scribes and the Pharisees began to be very hostile and to question Him closely on many subjects, plotting against Him to catch Him in something He might say. - Luke 11:53-54
Posted by Sarah at 6:00 AM No comments:

Life: Too hectic for God? 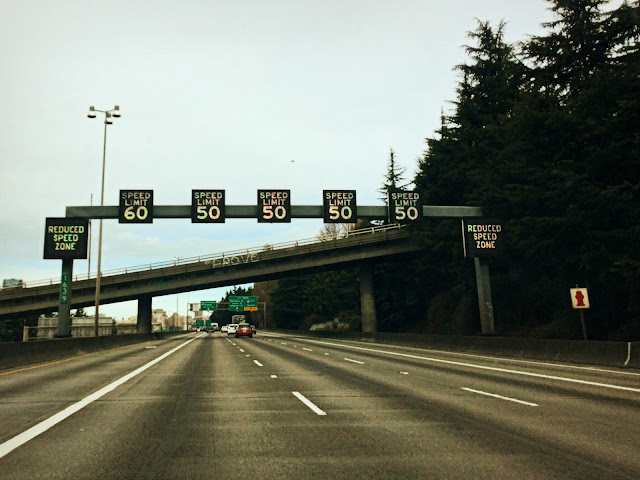 We all get this feeling eventually: life is hectic! For some of us, it means going to work and trying to take care of as much at home as we have time for in between shifts. For others it means trying to keep up with their children and families, or perhaps working super hard to do their best in school. All of these pursuits are great, when framed in the context that we are doing our best at whatever we are doing because we want to represent the kingdom of God in every piece of life. Sometimes, however, that context is difficult to keep in sight.

Sometimes we wake up late and are scrambling to keep on top of everything; we let the stress of the day take over and push out any thought of God's hand in it all. We don't even bother trying to seek the kingdom of God because currently our kingdom is going to fall apart if we don't do something!

Once in awhile, it's good to stop and refocus. Matthew 6:33 says "But seek first the kingdom of God and his righteousness, and all these things will be added to you." That seems to hold up. I don't know about you, but I notice on the days that I consciously stop and take some time to focus on God before getting caught up in the tasks of the day, often those end up being my most productive and fulfilling days.

Do you ever notice that in your life, too?
Posted by Sarah at 5:03 AM No comments: