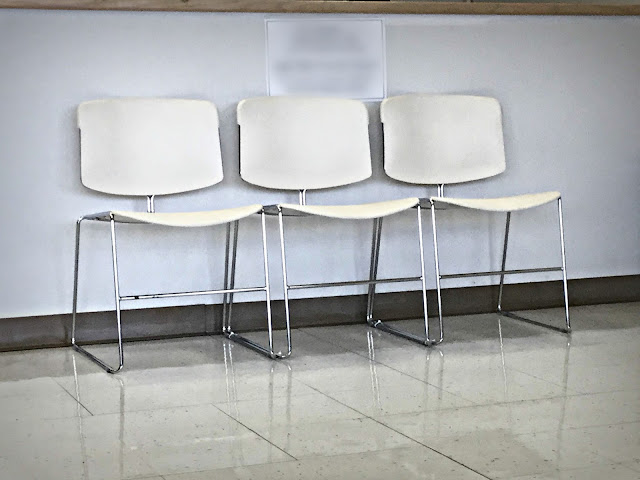 Recently I had to get my drivers' license renewed. You likely know the feeling of sitting in that sparsely decorated room full of plastic chairs, staring at the walls as the desk attendant works at the DOL's iconic rate of speed. A fifteen minute wait can quickly feel like an eternity. It's places like these where we learn about patience, and whether we have it.

It's easy to become impatient. There are only two people ahead of you- how in the world can the desk attendant process them so slowly? There are so many things you could be getting done. You go over your to-do list, tapping your foot anxiously, hoping nobody annoying or smelly walks in the door and sits near you to make the experience any more grating.

Yeah. That thing. Let's do this.

"Now we exhort you, brethren, warn them that are unruly, comfort the feeble-minded, support the weak, be patient toward all men." 1 Thessalonians 5:14
Posted by Sarah at 6:00 AM No comments: 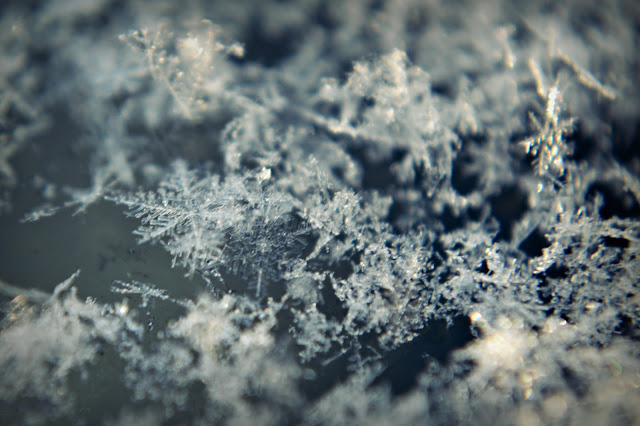 This morning, the sun came out over the snowy landscape. As it shone, the snow reflected, revealing that it wasn't merely some white mass but hundreds of trillions of individual snowflakes. It was breathtaking! I quickly grabbed my camera and began trying to shoot photos of them.

What I soon realized was this: it's hard to pick out individuals when they are all crowded together. Sure, they were still beautiful, but I wanted to separate them. I couldn't do it with my finger or a piece of paper. Even the littlest bit of heat would obliterate the tiny ice crystals. Perhaps I could blow on them? I tried. It worked, I thought. The dusting of fresh snow that covered the hood of my car was now thinly scattered. Upon further inspection, I discovered that my attempt resulted in enough damage to the flakes that they were no longer as whole and beautiful as they once were, and they quickly melted away.

It can be a little like that in the Christian life too. It's tempting to break away from our fellow brothers and sisters in Christ. Perhaps we feel like we could learn about God better on our own and don't need the fellowship of the local congregation. Perhaps we break away in the sense that we want to try and do something big for God, but don't want others meddling with our idea, or maybe we've been bickering with our fellow members. Whatever the instance or reason, the end remains the same: damage is done in some form, whether to us, our fellow believers, or both. It wouldn't work if our body parts tried to act as entirely separate entities, and it doesn't work in the body of Christ either.

Email ThisBlogThis!Share to TwitterShare to FacebookShare to Pinterest
Labels: Creation, Nikon D3200, The Body of Christ

Thoughts From The Ditch 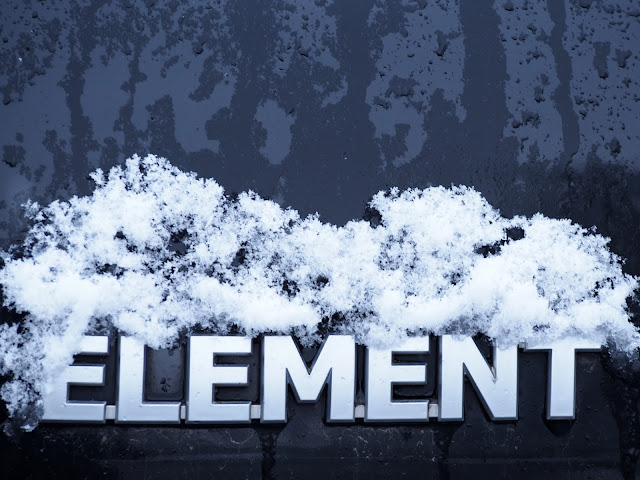 Not many people would be laughing at themselves in my position. Currently I am sitting in the ditch with my emergency flashers going, waiting for a tow truck to arrive and get me out of a snow bank. Not that it's hilarious that I am stuck here, but the fact of the matter is I am fine, my car is fine, and I just feel a little silly. Why? Because all winter long I've been rolling my eyes at people who can't drive in the snow. But I’ve got this, I say to myself, as I confidently maneuver my little all-wheel-drive through the streets.

This morning I was reading my Bible and noting God’s high view of humility. Heh, little did I consider just how prideful I've been about my winter driving skills and my vehicle’s abilities… Well, until now. At any rate, God is good. Really really good- I didn't hit the other car that was in the ditch, I didn't hit anything that could damage my car, and no injuries were incurred, aside to my pride (but apparently I needed that!).

What did I learn tonight? Black ice is startling and you don't know it's there until you're on top of it. I also learned that sliding into the ditch can happen to anyone, no matter how good their car is or how skilled they are at winter driving. Most importantly though, I learned that sometimes we need God to let us hit a little adversity to show us where we need to improve.

"Pride goes before destruction, and a haughty spirit before a fall." - Proverbs 16:18
Posted by Sarah at 6:00 AM 2 comments: 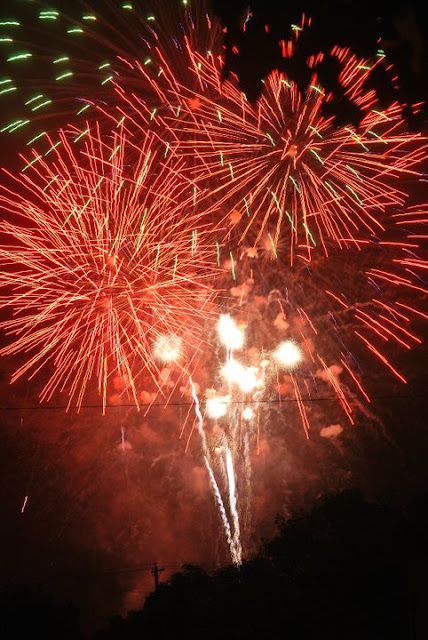 The new year tends to emerge with much noise and glory. People banging pots, blowing party noisemakers, lighting off fireworks, and making toasts to new beginnings and resolving to change their lives for the better. There is so much excitement and enthusiasm. We know we've made mistakes over the past year, and we're all ready to write them off and start up anew as best we are able.

Why are we so thrilled by the prospect of new beginnings? Why do we like that feel of a fresh start so well? Because it's what we are meant to have. We are meant to be transformed by a relationship with Christ and become new.

Therefore, if anyone is in Christ, he is a new creation. The old has passed away; behold, the new has come. - 2 Corinthians 5:17

If you're already in Christ, do you see the newness? Is there a noticeable difference between you and the rest of the world? It won't be an overnight switch, but the closer we grow in our relationships with Christ, the more like Him we will become and the less like the rest of the world we will seem. I pray for you and myself alike that the difference will be ever increasing.