A Tribute to Extra-Biblical Revelation 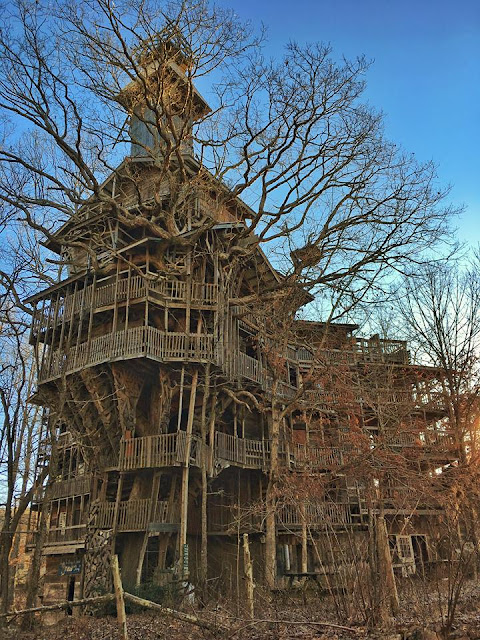 This week I learned the strange story of the largest known treehouse in the world as I traveled through Tennessee. This enchanting and eerie structure is the result of so-called extra-biblical revelation.

The architect who built this treehouse says that he did so due to "a vision from God and a promise from Him that he would not run out of wood until the structure was completed". The 97-foot tall treehouse was modeled to be a church inside. The problem? This "revelation from God" did not meet building safety codes and was condemned by the fire marshal. It now stands alone at the end of a dirt road, surrounded by a huge fence and signs that say "danger" "no trespassing" and "do not enter". When I told a friend of mine about it, he chuckled, "What, so God told him to build this thing but didn't know to tell him the building regulations?"

This is one reason we ought not to add to God's word. In the end, our best efforts fail and when we say that "God told me to do it", it leaves Him to take the fall for our wild ideas.