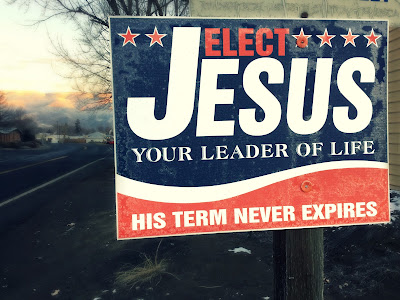 Then David said to the young man who told him, "How do you know that Saul and his son Jonathan
are dead?"...And the young man who told him said, "... He said to me, 'Stand beside me and kill me,
for anguish has seized me, and yet my life still lingers.' So I stood beside him and killed him, because
I was sure that he could not live after he had fallen. And I took the crown that was on his head and the
armlet that was on his arm, and I have brought them here to my lord."

Then David took hold of his clothes and tore them, and so did all the men who were with him. And they
mourned and wept and fasted until evening for Saul and for Jonathan his son and for the people of the
LORD and for the house of Israel, because they had fallen by the sword… David said to him, "How is
it you were not afraid to put out your hand to destroy the LORD's anointed?" Then David called one of
the young men and said, "Go, execute him." And he struck him down so that he died. And David said
to him, "Your blood be on your head, for your own mouth has testified against you, saying, 'I have killed
the LORD's anointed.'"   - 2 Samuel 1:5-16

While we don’t go around anointing our country leaders in the United States, I feel like this passage still
speaks volumes about how we should regard our leadership. If you go back and read the book of
1 Samuel, you’d see that David doesn’t have a great relationship with Saul. For years, David has been
on the run and in hiding because Saul has been actively trying to murder him.

Any of us in that situation would probably respond with “He’s dead? FINALLY.” But David? Despite the
fact that his life is no longer being threatened, he knows the role of the king. Saul was God’s chosen
leader for Israel for that time period. While David may well have been relieved to not have to flee Saul,
he looked past his own interests and towards the interests of God, who both condemns murder and
raised Saul up to be king.

This mindset is still very applicable today. While our president and other world leaders are not generally
chosen by visions from God or being anointed, God is still sovereign. Nobody gets into leadership by
an accident or oversight from our Lord. While we may not know God’s purposes behind who is in the
office or the actions they take, it doesn’t change the fact that they are our leaders for this piece of
history and God allowed them to be there.

We are not called to applaud everything our leadership does (David certainly didn’t cheer Saul on in
his murder attempts!). We should, however, act in the same respectable manner as David did towards
his nation’s king. He respected Saul’s role, did not harm or slander him, and was angered when
someone acted out in sin towards Saul (even if by request of the king himself)- because, after all,
murder is still murder whether by request or not.

How do you regard your authorities (whether domestic, local, or national)?